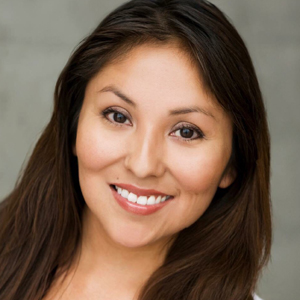 Kim Defina Gleason is a Diné producer, actor and director for stage and film. She studied cello and theatre professionally at the University of New Mexico and graduated in 2005 with a BA in Theatre. Kim is the executive director of Two Worlds, a proud co-founder of Native Women Lead, vice-president for the University of New Mexico Native Alumni Association, and commissioner on the City of Albuquerque Commission on American Indian and Alaska Native Affairs. Most recently, she’s been honored as one of the “40 Under 40” by the National Center for American Indian Enterprise Development (NCAIED) in 2019, and will graduate with the EMBA at Anderson School of Management in summer 2022.