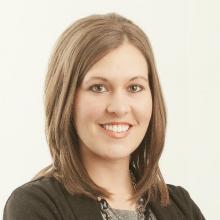 ASHLEY OLSON has been a member of the Willa Cather Foundation staff since 2008 and has served as the organization’s Executive Director since 2014. Olson holds a degree in Business Administration from the University of Nebraska-Lincoln and a certificate in fundraising management (CFM) from the University of Nebraska at Omaha. She oversees management and operation of the nation’s largest collection of nationally designated historic sites dedicated to an American author, including six properties owned by the Willa Cather Foundation and six sites known collectively as the Willa Cather State Historic Site, owned by the Nebraska State Historical Society.