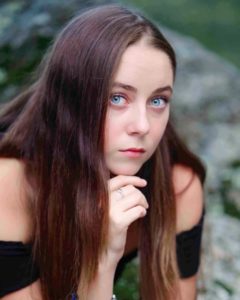 Gwen Malick is a rising junior at Idyllwild Arts Academy.  At Idyllwild Arts, she has performed in La Casa de Bernarda Alba, wrote and directed a physical theater piece in The Winter Showcase, devised and performed in Hint! A Masked Murder Mystery, and performed in A Chorus Line. She has studied with Richard Green, Bonnie Carpenter, Erin Crites, and Andy Moss. She just completed the summer acting program at Ithaca College with Barbara Anger. Malick lobbied in Washington D.C. with the ASPCA to end horse slaughter and has been involved with the Environmental Media Association since she was five. Gwen is beyond excited for this opportunity to perform at the play festival!