Randall, The Ways of Necessity 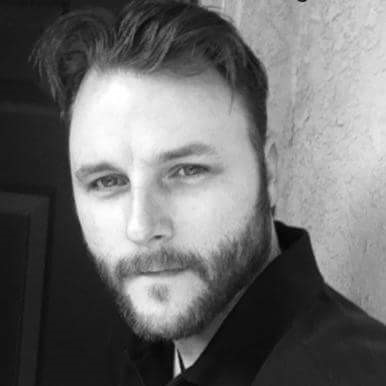 JASON LYTHGOE is thrilled to be joining the Durango PlayFest this year. Originally from Southern CA, he grew up in the world of theatre and has continued to keep it his passion and career. He attended Cal State Fullerton and was knee deep in the Storefront Theatre movement in LA and Orange Counties in the early 2000s as a member of multiple theatre companies and even helped start a few in Long Beach and Anaheim Hills. Over the years, he has been honored with awards and nominations from LA and OC Weekly, Pikes Peak Arts Council, Best of the Springs, Broadway World, and ACTF, among other regional and local organizations. Now in Durango, he is the Theater Manager at the Henry Strater Theater and the Theatre Director at the Durango Arts Center. He also started the Shakespeare program at Mountain Middle School and teaches the Actletes for Merely Players. Onstage in Durango you might have seen him at the DAC (Eddie in Fool For Love), the Henry Strater Theater (Riff Raff in Rocky Horror) and Merely Players (Don Quixote in Man of La Mancha, Archibald in Secret Garden, Sam in Mamma Mia, Holmes in Baskerville, Michael in God of Carnage, and Father Flynn in Doubt). Jason wishes to thank his family and friends for making it possible to pursue his passion for so many years!