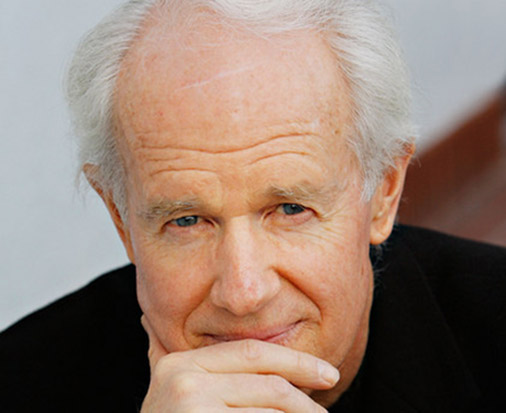 Mike Farrell considers himself to be one of the world’s luckiest actors.  He is well-loved and remembered for his role as BJ Hunnicutt in the hit series “M*A*S*H.”  When “M*A*S*H” went off the air, he resisted series TV for many years until he was offered Providence, in which he played the part of veterinarian Jim Hansen. He also formed his own production company, which made the Robin Williams vehicle, Patch Adams. He appeared as Milton Lang, the father-in-law of Gabrielle Solis on “Desperate Housewives.”  In a career on stage and screen spanning nearly 50 years he has had the enormous good fortune to work with – and learn from – many of the greats.  Across the country and abroad, he has worked with actors, directors, producers and writers well-known and unknown, always in a partnership attempting to make magic happen, to move an audience to laughter or tears or thought – or all of these.  And sometimes it works.  When it works in a big way, like being lucky enough to be part of the cast of M*A*S*H, history is made.  But even when it works in a small way, people are touched; on occasion lives are changed.  And always, Mike relishes the chance to work with thoughtful, generous, talented people, as is the case with The Dizziness of Freedom.